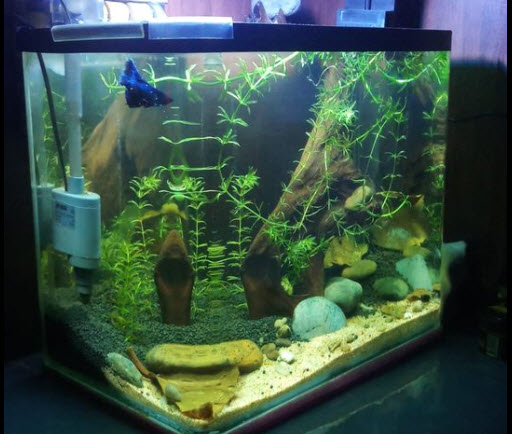 The recommended general temperature for fish are (Fahrenheit):

For those outside the USA this table in Celsius is more useful:

Don’t take too much liberties with this table. Tropical fish will die rapidly when presented with water below 600F. And the “acceptable” temperature ranges should be considered temporary excursion temperatures, not permanent living conditions. And the “Amazon” includes some blackwater fish from Asia such as the clown loach.

Note that Cory of Aquarium Coop (bright young guy who NEVER steers one wrong!) did another great YouTube video where he explains why all tropical fish do just fine all the way down to 65 (18 C) degrees. He points out that fish farms in South Florida routinely hit temperatures of 65  degrees Fahrenheit (18 C) in the water of the ponds for extended periods of time (days) and the fish are fine.

Cory has kept community tropical tanks at room temperature without a heater for many years in his house at down to 65 degrees (18 C). So the idea that ANY tropical fish “requires” 79 degrees (26 C) or higher at all times is simply hogwash.

One study on three species of Amazonian corydoras has the building heat go out inadvertantly. The temperature went down to 57 degrees Farenheit (14 degrees Celsius). Only 20% of the corydoras perished (“Effects of salinity on distribution, growth and survival of three neotropical armoured catfishes”, (Siluriformes—Callichthyidae)”, Jan H. Mol, 1994).

Another study took a large number of juvenile discus from 28 degrees Celsius (82 degrees Farenheit) to 14 degrees Celsius (57 degrees Farenheit) at a speed of one degree per hour. Apparently no discus died since the paper reported no fatalities. (“Sensitivity in the Antioxidant System of Discus Fish (Symphysodon 2 spp.) to Cold Temperature: Evidence for Species-specific Cold Resistance”, Shi-Rong Jin et. al. , 2013)

And there is no evidence that, in a tropical aquarium, ich is prevented by keeping the temperature high. What is known is that fish live shorter lives at 830F than they will at 730F.

There are constant sad situations on social media where the heater stuck in an aquarium and cooked the fish. In many situations the temperature rose to the point the owner could not touch the water. That is a seriously overpowered heater. Per aquarium equipment suppliers the “basic rule of thumb is 3-5 watts per gallon”. Once again, the profit motive at work. Three to five watts of power per gallon can raise the temperature of the water by 30 to 40 degrees Fahrenheit and cook the fish. Any heater that can do this is obviously very over-sized.

The “basic rule of thumb for aquarium heaters should be “have redundancy, such as two small heaters”. One should use two low wattage heaters for most aquariums in homes. For every ten degrees F the tank temperature ABSOLUTELY NEEDS to be raised one should use a MAXIMUM of:

There are also some electronic temperature controllers which cut out the power to the heaters when the water temperature hits a set temperature. They are an excellent investment. The redundancy these heater controllers provide is important.

Here is a link to an article about heaters:

One very big and myth being parroted in seemingly endless comments in social media is that fish need “stability” in their temperature.  Supposedly any rapid change over 2 degrees temperature will “shock”, “stress” and possibly kill the fish.

This idea is simply a myth, one of the many myths passed down by generations of aquarium owners. It is like saying humans will get a “cold” because they expose themselves to cold. In their native environment most fish are constantly subject to rapid and large changes in water temperature. These changes do not “shock” them.

This is explored further in this link

There is one very commonly held myth needing quashing. Goldfish are not a cold-water fish, they are an “all water” fish. In South Florida there are thousands of ponds with goldfish and koi in them. These ponds get to 850F to 900F for six months out of the year. And the goldfish and koi do just fine.

Here is a link to an article on goldfish:

One final caution. Never trust a water change to an inexperienced person in a cold winter. One cause of a whole aquarium dying is doing a large water change with 400F water.