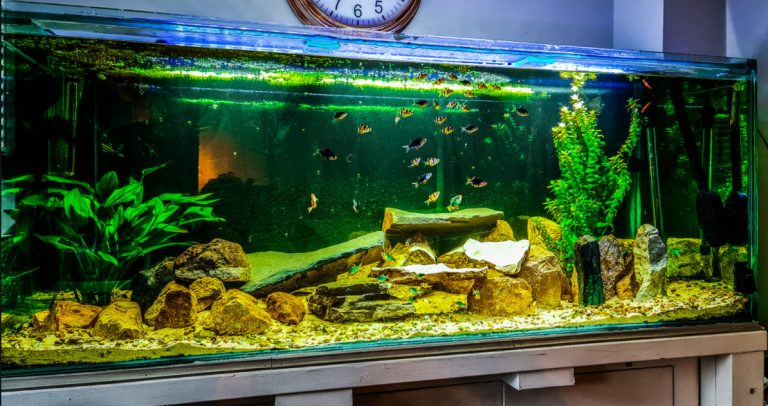 One very overlooked aspect of water chemistry is the number of bacteria found in the water of the aquarium. The bacterial water count is probably the most important part of keeping a fish healthy in an aquarium. All fish are healthier in water which is very clean, with very few bacteria in it.

This gives one an idea as to why reducing the bacterial count can be so effective in improving the immune systems of the fish.

One often sees where fish are dying one a week or one a day for no apparent reason. If a lot of biofiltration surface area is added or a UV unit is added the problem goes away. What happens here is that the fish’s immune systems can only handle just so much at once. If the organism count in the water is high, then fish must devote significant immune resources to the organisms in the water. This leaves fish open to attack by all sorts of pathogens.

If the bacteria count in the water column is low the fish can put all their immune system resource towards keeping pathogens at bay. So fish in bacteria free water are far more healthy that fish in bacteria laden water.

Note that , contrary to popular myth, this does NOT mean water which is changed frequently. Going from ten million bacteria to five million bacteria isn’t going to be that much help to the fish. Large water changes cannot compensate for poor filtration because of the way bacteria are logarithmically present in the water.

This bacterial account is very important for some varieties of “difficult” fish. One well intentioned but ill-informed individual lamented that the neon tetras found today in the pet store have been bred to where they are very fragile and don’t survive in the aquarium. They say, “It’s a breeding problem”. This is incorrect.

Neons tetras are from the Rio Negro which is a blackwater river. This river is very acid and very soft in its make-up, like a pH of 4.5 to 6.0, virtually free of salt and with a dGH of 1. Everyone incorrectly thinks the pH is what is important. It is the dGH and salt level and their effect on bacteria which are important, not the pH.

What people don’t realize is how incredibly clean the Rio Negro is. The water has very few bacteria in it. The water has few bacteria in it because bacteria require a dGH of at least 3 and some salt to survive. Indeed, 90% of the world’s freshwater fish species would die in the Rio Negro because of the low dGH and low salt. Their gills simply cannot prevent the salts inside the fish from being sucked into the surrounding waters.

Neons are fish which should never be in anything but very clean, crystal-clear, bacteria-free water in an aquarium which has been established for at least four months. Yet many unfortunate hobbyists keeps putting them in the bacteria laden water. Then they say that breeding is at fault when they die. The same holds true for rummy nosed tetras, hatchet fish, uaru, rams, apistos and discus.

There are several ways to get relatively bacteria free water:

We discuss how to obtain low bacterial count water in depth in “Crystal-Clear Water”. The same things which clear the water also reduce the bacterial count.

Also UV sterilization can sometimes be very useful in the fight against bacteria in the water column. This is explored in more depth on this web page: