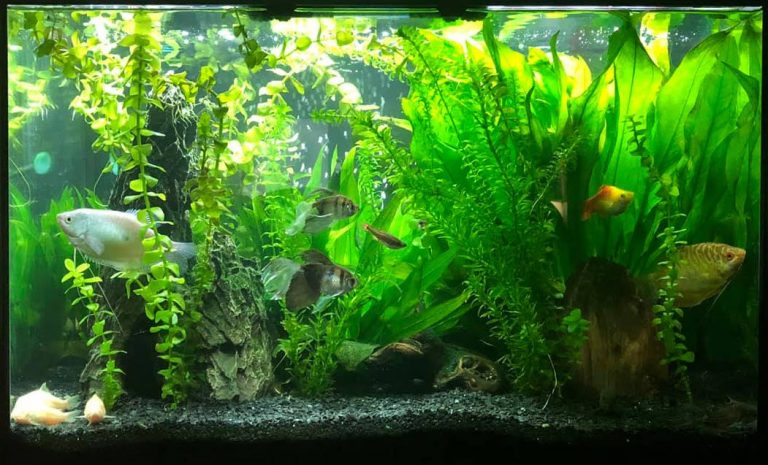 One common myth of fishkeeping is that generations in captivity have created strains of fish more tolerant of temperature, pH and hardness excursions. If the temperature, pH and hardness in the breeding aquariums were pushed to the limit so that only two to four fish from each batch of fry survived and this was continued for many generations, this process could well work. It is called “selection” or “selective breeding”. Fish breeders do NOT do “selective breeding” for fish conditions such as pH.

This selection process is very real for plants such as domesticated roses which are made resistant to blackspot using selection. The seedling roses are inoculated with blackspot. If two plants in a thousand are resistant, they breed those plants. This process is continued for at least several generations till a resistant rose is bred.

How would selective breeding work in fish keeping? Say a discus breeder took a thousand baby discus and put them in water at 8.8 pH (very alkaline) and 15 dGH (very hard). Two fish survive and are bred. In the next generation six fish survive, and the process is repeated until 800 out of 1,000 fish survive. You would then have a discus resistant to high pH and hardness. No fish breeder has done this!

The constant comment is that fish develop a tolerance to the water that they are raised in so one should duplicate the water they were raised in. The best analogy I can come up with is imagine if you will a pair of Polar Bears at a zoo in Florida. If they breed and produce cubs which grow up and produce more cubs, does one really take the position that the cubs will become tolerant of Florida heat?

Most fish are simply much more tolerant of pH and hardness variations than hobbyists seem willing to give them credit for. This is true whether the fish is aquarium raised or wild caught. Thus the myth of “bred in captivity so it will take different water conditions” lives on.